In the beginning of the 1930’s Haddon Sundblom created the modern image of Santa for Coca Cola in the iconic red coat changing the colour of Christmas – Focus has recoloured one of Haddon’s famous images in the Focus colours complete with his Focus Christmas uniform. . . . . #focus #illustration #illustrator #christmas #santa #haddonsundblom #cocacola #holidaysarecoming #xmas #london #illustratorsoninstagram #interiordesign #contractfurniture #nw2

The Living Wage Foundation is pleased to announce that Focus Furnishing, has today accredited as a Living Wage employer.

Their Living Wage commitment will see everyone working at Focus, regardless of whether they are direct employees or third-party contracted staff; receive a minimum hourly wage of £8.45 in the UK or £9.75 in London. Both of these rates are significantly higher than the statutory minimum for over 25s of £7.50 per hour introduced in April 2017.

“Responsible businesses across the UK are voluntarily signing up to pay the real Living Wage now. The real Living Wage rate is annually calculated to reflect the real costs of living.”
“We are a movement of over 3000 UK employers who together want to go further than the government minimum to make sure all their staff earn enough to live on. We have lots of small businesses as well as big household names like; IKEA, Aviva, Chelsea and Everton Football Clubs and many more.

These businesses recognise that the Living Wage accreditation is the mark of a responsible employer and they, like Focus join us, because they too believe that a hard day’s work deserves a fair day’s pay.”

About the Living Wage Foundation

The UK Living Wage for outside of London is currently £8.45 per hour. The London Living Wage is currently £9.75 per hour. This figure covers all boroughs in Greater London. These figures are calculated annually by the Resolution Foundation and overseen by the Living Wage Commission, based on the best available evidence on living standards in London and the UK.

The Living Wage Foundation recognises and celebrates the leadership shown by Living Wage employers across the UK. There are currently over 3000 accredited employers. We are an initiative of Citizens UK. We believe that a hard day’s work deserves a fair day’s pay. We support responsible employers to voluntarily go further than the government minimum and pay the real Living Wage, to all their staff, so they can earn enough to meet the cost of living.

What about the Government’s national living wage?
In July 2015 the Chancellor of the Exchequer announced that the UK Government would introduce a compulsory ‘national living wage’. This new government rate is a new minimum wage rate for staff over 25 years old. It was introduced in April 2016 and the rate is £7.50 per hour as of April 2017. The rate is separate to the Living Wage rate calculated by the Living Wage Foundation. The government rate is based on median earnings while the Living Wage Foundation rate is calculated according to the cost of living.

Source 5 (Crib 5) is related to upholstery and furniture coverings, and is related to BS 5852. The crib test uses a plank made from wood that is glued together. The fabrics is attached over the lint, then at bottom and a propane-diol is added. The testing unit is then ignited with a match. To decide whether the test has been passed the fabric and the crib are assessed to see whether there is flaming or smoldering on both the outer cover and the interior material. Assuming it does not ignite or smolder, the material will pass the test as no ignition. Similar tests include Source 0 (smouldering cigarette) and Source 1 (simulated match). 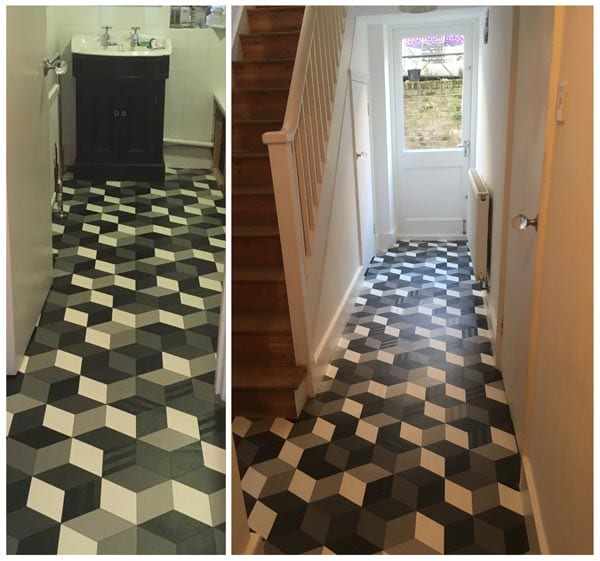 This is an example of vinyl floor laying with a perfect join from a hallway to a bathroom. at Focus we fit all types of vinyl, laminate, and capet. We stock domestic and contract ranges for a variety of uses.
Category: News